Chicago has become one of our favorite cities.

Luckily, it's a short drive from St. Louis so a weekend in Chicago is a welcome respite.  I thought of sharing some pictures I took during our last trip... so here it goes: 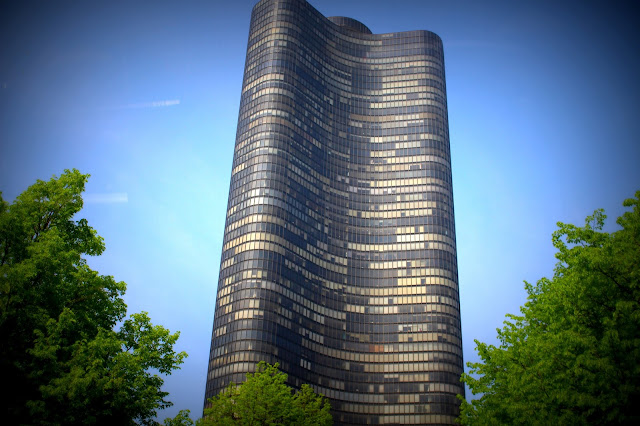 Oprah's Lake Point Tower, is an iconic building located by Lake Michigan in downtown Chicago. You can't miss it especially if you are at the Navy Pier (a popular tourist destination) It looks like a giant perfume bottle haha, but it has become our "inside joke" among friends that this is our next residence- NOT, lol! 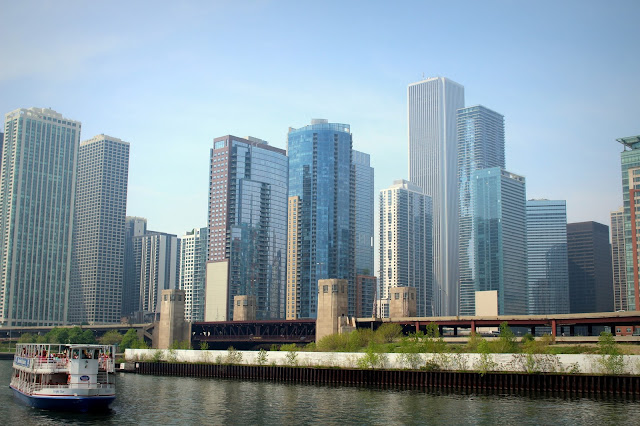 Chicago skyline is a beautiful site to behold... don't you think? 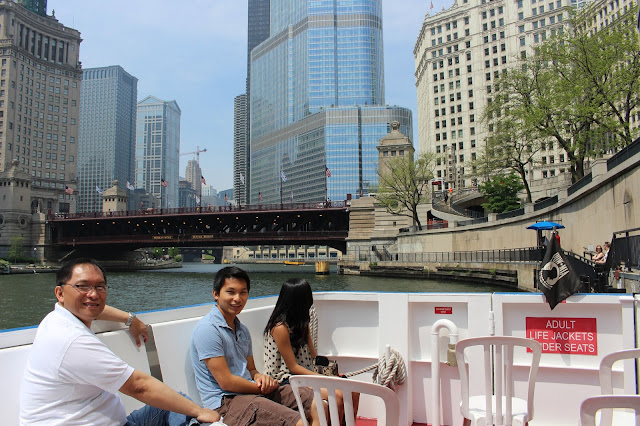 It was a lovely day, so riding the Water Taxi was a lot of fun. 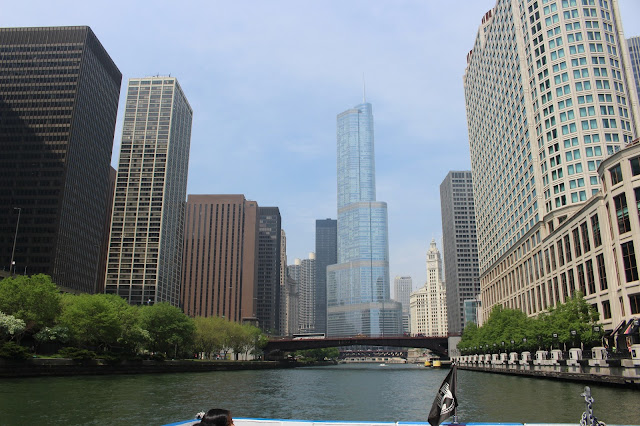 The center building is Trump Tower.  Remember Bill Rancic?  He is the first winner of The Apprectice and he managed the construction of the tower. 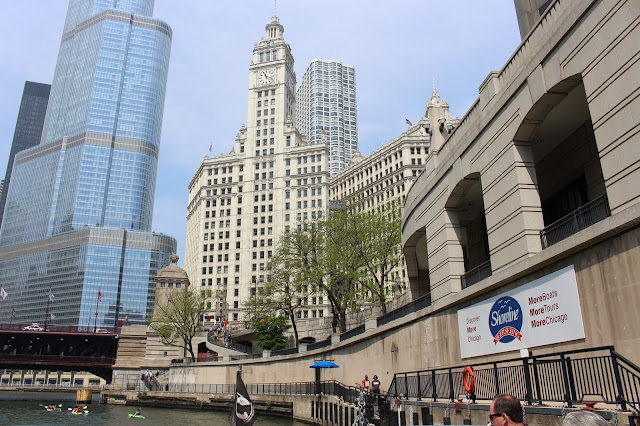 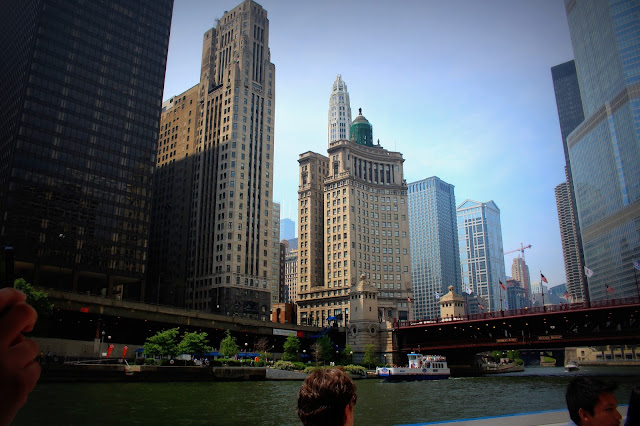 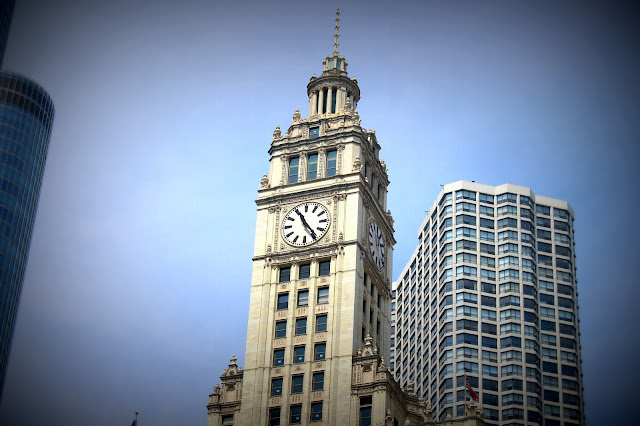 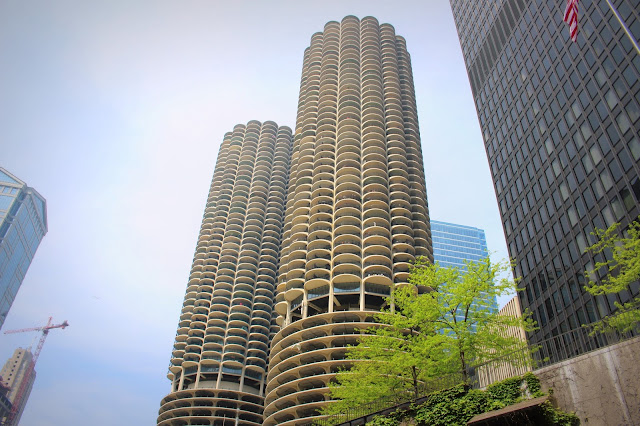 This is the Marina City Complex, says Bonni again.  The two cylindrical towers by Chicago River has a unique shape, the towers are locally known as the corn cobs." 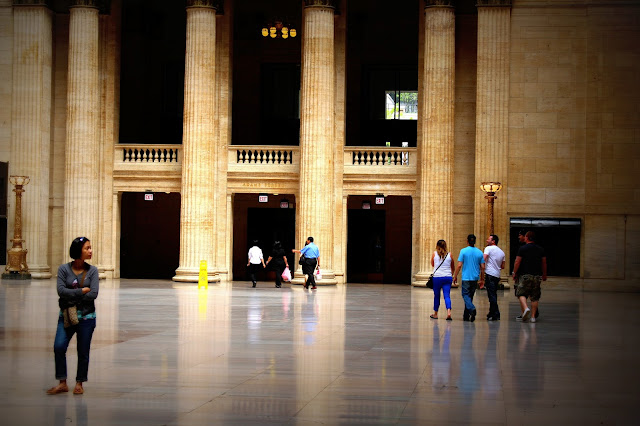 We were there on a Sunday, so were pleased that The Union Station was not as crowded.

We know that Chicago has a dynamic food scene but for now, let me share with you one of  the dishes that our host prepared. 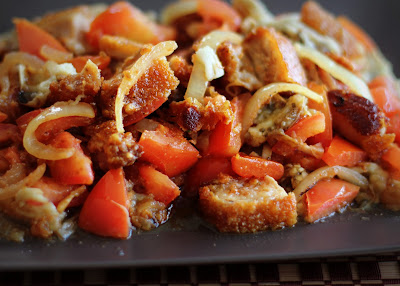 Yep, this is Eggplant Ensalada con Lechon Kawali (Eggplant Salad with Crispy Pork Belly), knocked my socks off.  The pungent taste of bagoong (shrimp paste) plus the soft and rustic flavors of the grilled eggplant and the decadent crispy pork belly got me.  With Bonni's permission I would like to share the recipe with you. 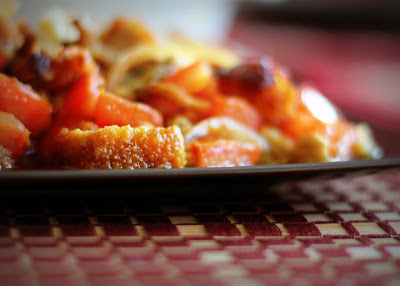 Procedure:
Put the grilled eggplant on the bottom of a serving dish.
Then layer it with the chopped crispy pork belly.
Meanwhile, saute the onions and tomatoes.  Quickly, add the shrimp paste.  Toss additional tomatoes (Bonni said, you want the tomatoes to be crisp and not mushy).
Pour the sauted tomatoes on top of the dish.  Toss them altogether.
Serve immediately while the pork belly is still crispy.  Enjoy! 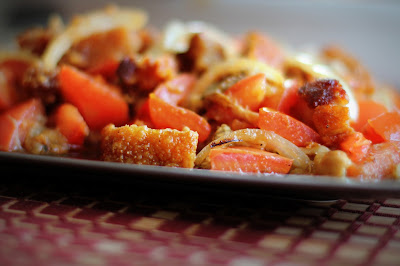 And oh, lastly, this is  Cloud Gate also known as The Bean.   It is an amazing piece of art located at the Millenium Park.  Initially I thought it looked like a helmet (I actually called it The Helmet--haha). 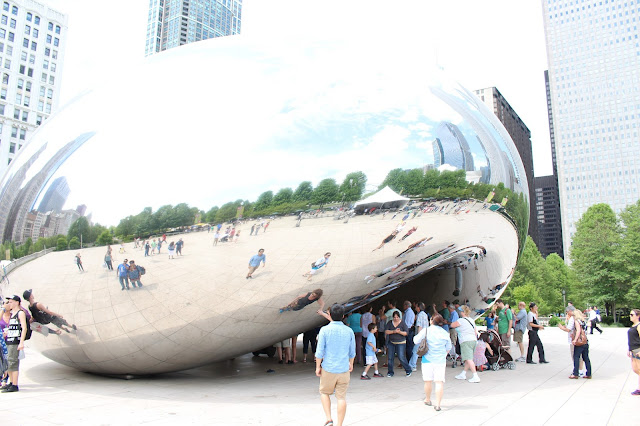 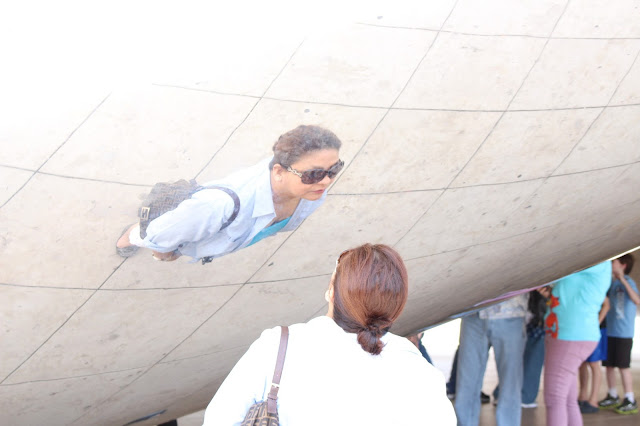 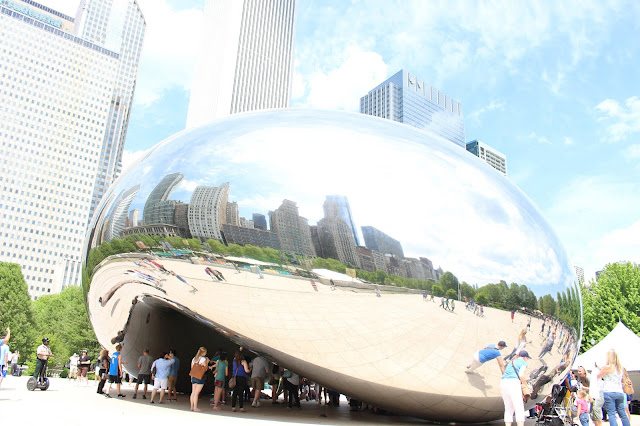 Yes it's a silver bean sculpture which has become a popular tourist destination.  If you make it to Chicago, it's a fun (and free) thrill.  Enjoy!

And again, Bonni, thank you for the recipe.  You and Priscilla are awesome hosts... til next time!