My mother in law gave us 2 large hams for the holidays not so long ago.  As a result, my husband and son were all ham'd out.  Don't get me wrong, we love ham but my hubby could only take so much.  I made ham and eggs for breakfast, ham omelette on the weekends, ham sandwich for lunch, ham steak for dinner.  But alas a week later I still had a big slab of HAM, "Son-of-a-HAM" I shouted out of frustration.  I thought that if I would serve another ham left-over dish, my husband and son might not want to sit down and have a meal with me ever again... hahaha.

But I didn't want to put my ham to waste so I thought of masking it and making my Hamon experiment. What better way to hide the look and taste by adding a strong ingredient, bagoong (salted shrimp), thus a new dish was born:  Binagoongan Hamon (Ham with Shrimp Paste) . I posted a picture of it on Twitter and I was surprised by the tweet backs that I got. 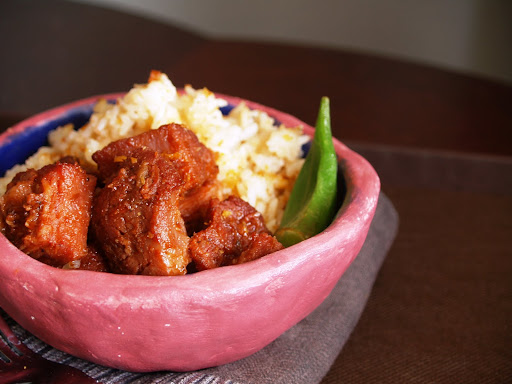 The verdict?  My hubs and son were unsuspecting that I used ham.  The pineapple glaze blended so well with the saltiness of the shrimp paste. The dish was so good it licks the plate before you do haha! Oh well I'm glad I put my ham to good use... until  the next ham comes along... haha!

Binagoong Hamon and Rice
Left-over ham (cubed)
2-3 tbsp shrimp paste (bagoong, I used Kamayan brand)
2 tbsp cooking oil
1 medium size onion ( chopped)
1 medium size tomato
3 cloves garlic
bay leaves
3 tbsp pineapple glaze left over
3 tbsp vinegar
2 tbsp ketchup
2 tbsp sugar
Procedure
Saute onion, garlic and tomatoes. Add the ham, give it a quick stir.  Mix the pineapple glaze, vinegar, ketchup and sugar in a bowl, pour it over the ham.  Let it simmer until the sauce is reduced.
For the rice, use the same pan and mix the rice thoroughly with the left over sauce on the pan.  Add toasted garlic.  Mix well.  Voila, you are ready to dig in and... ENJOY! 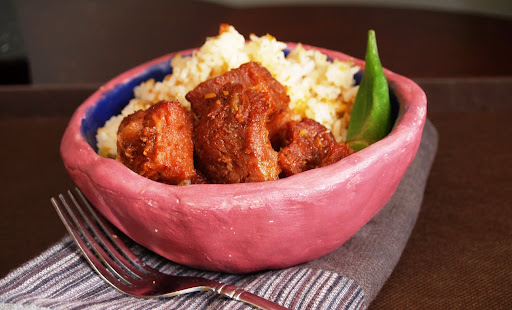