All Good Things St. Louis: Pi at the Delmar Loop

All Good Things St. Louis is my attempt to give you glimpses of what the city is all about. Being new residents of St. Louis, I thought of sharing with you our adventure as we explore our new city (just like my previous posts: The Big Change and Taste of St. Louis: My Gateway to the City).

So this is our third weekend, yes can you believe it?  Today my husband took a surprise turn at the Delmar Loop. It is an area six blocks long where you find good grub and vintage finds, theater, music (including an amazing vintage record/music store called Vintage Vinyl) and other entertainment activities.  The one that caught his attention was The Pageant, a concert venue. He suddenly parked the car and was excited that Beirut was playing tomorrow.  I don't particularly know the group and of course he bought 2 tickets before I realized what was going on.  So it will be an interesting adventure tomorrow, but we'll see. 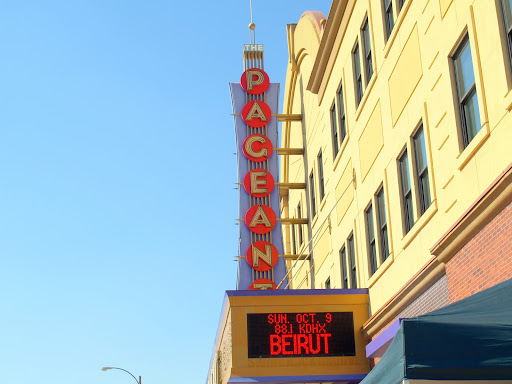 Not knowing anything about the area, we saw groups of people dining across the street from The Pageant.  Besides Yelp, the best way to know where to go eat is by the number of people dining at the place.  We found ourselves walking towards that direction and voila what a lovely surprise. 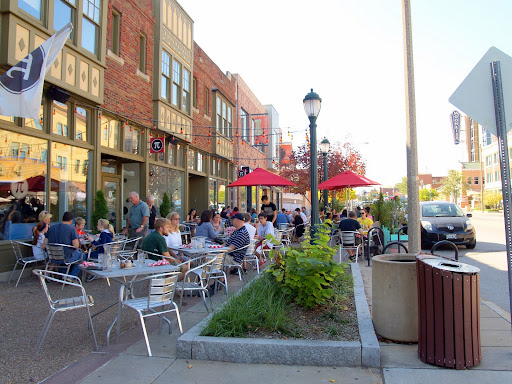 The tables outside were mostly occupied, so we were escorted inside... and it was a blessing in disguise.  Because inside I was drawn to its artsy decors.  It was hip, cool and "green".  I bet the furnishings were collected from "thrift store" finds, along with vintage and antique store purchases. 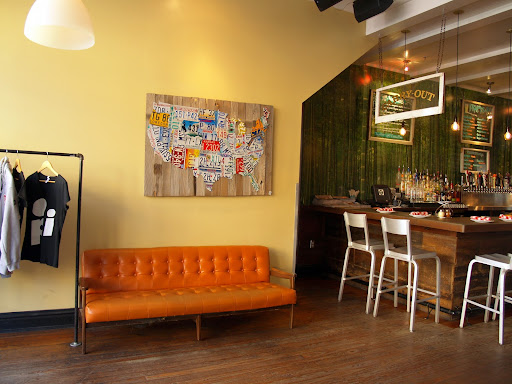 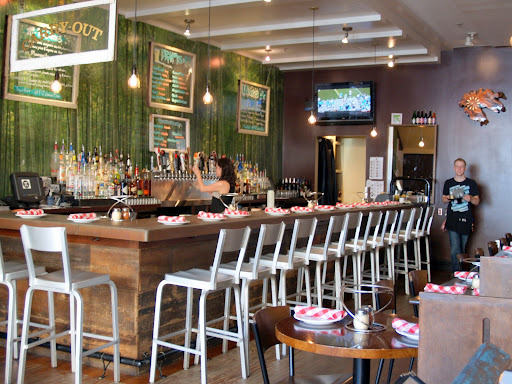 The interiors has the industrial-chic look... 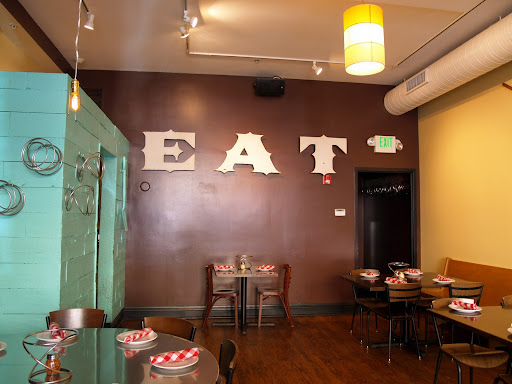 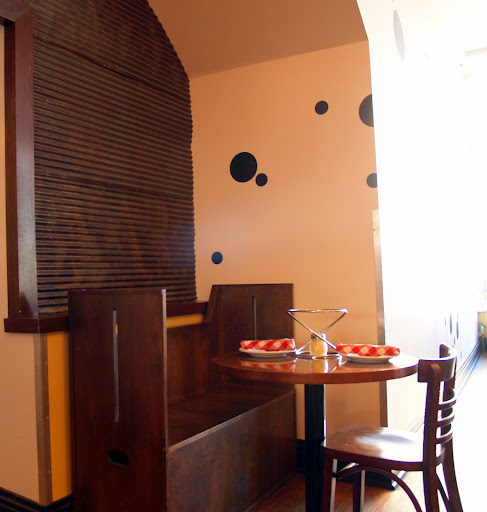 And at times also whimsical, 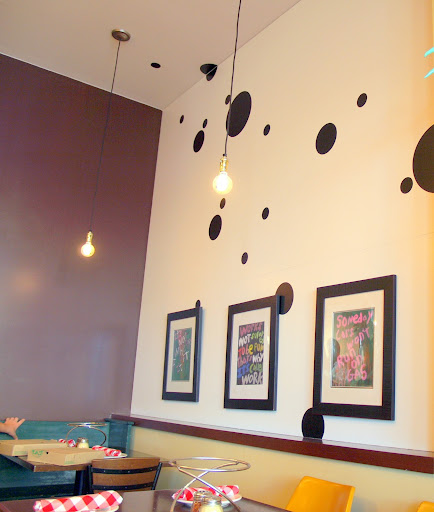 And I waited patiently as my husband tried to memorize the beers on tap, until he finally ordered a glass of Schafly Pale Ale beer, which was sweet and tasty. 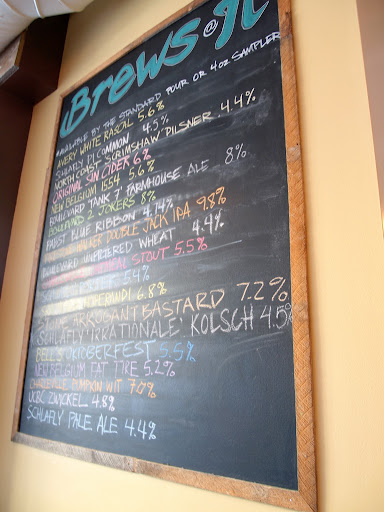 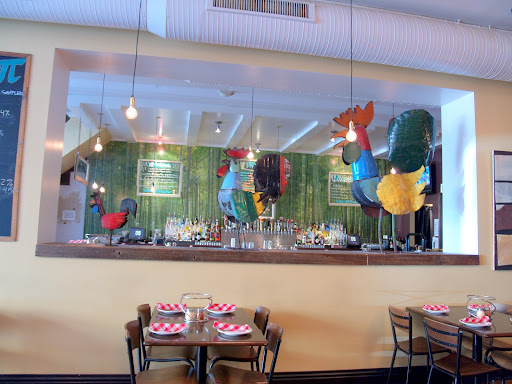 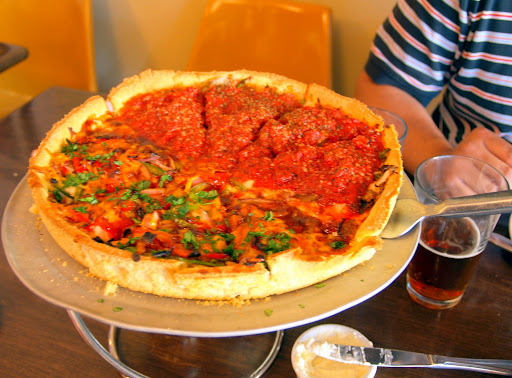 So we ordered a combination pie of marinara slathered South-Side Classico (which my husband preferred) and a sweet barbeque sauce infused The Delmar (which I really liked). It was a perfect combination. 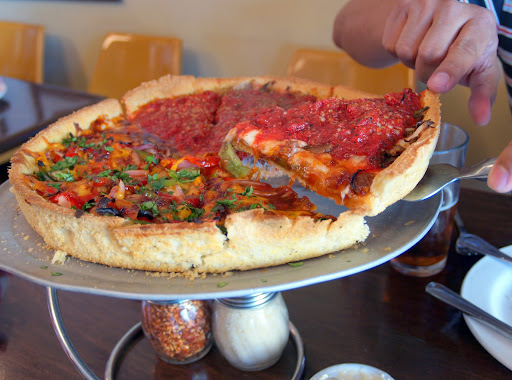 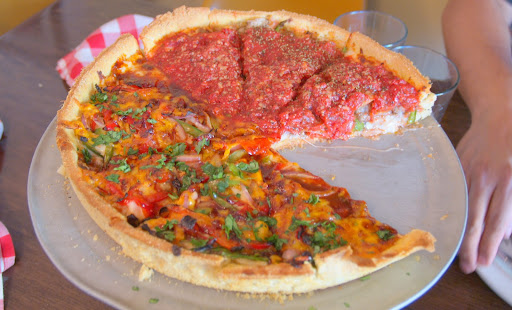 The sign outside was not huge but yet the place spoke for itself. 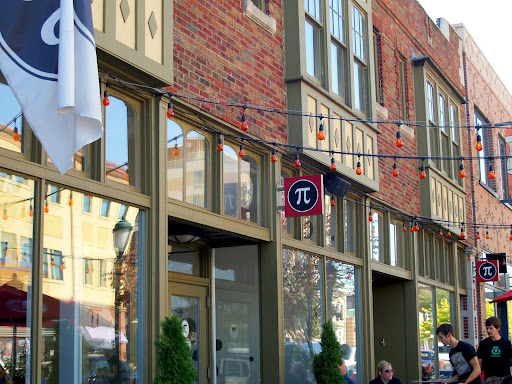 Are we going back there? You bet, maybe when we go watch Beirut in concert.  Did I say Beirut, ok then - I have to listen to their music to familiarize myself with it.

Have a great weekend!