Outside my old high school in the Philippines, street vendors sold two quintessential treats on a stick: banana cue (deep fried caramelized bananas) and camote cue (deep fried caramelized sweet potatoes).  The vendors would line up outside along the high concrete walls of the school with their makeshift carts covered with colored umbrellas.  Amidst the busy streets, the scorching heat and the noise, they seem unmindful of their surroundings.  They prepare and cook these sweet treats on a portable gas stove with the sweet smell teasing our nostrils as we pass by.
Looking back, I was always intimidated to buy from these street vendors.  It felt like I was buying something illegal.  Back then I hesitated buying street food, as I heard the warning of my Mama in my head, "That's unclean, You'll get sick!".  This would temporarily scare me not to buy. But eventually, I'd give in and get to snack on these treats on a stick, often preferring the banana cue. 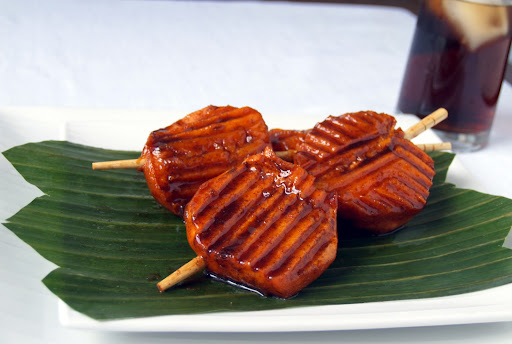 It baffles me why Camote cue was not as popular as the banana cue.  It was as if the sweet potato was just the sidekick to the banana, always there as an alternative or to fill in once the banana cue is sold out.

Since it's sweet potato month,  I thought of re-visiting this quintessential street food and give it the center of attention it deserves.  I was inspired to share my take on the camote cue. 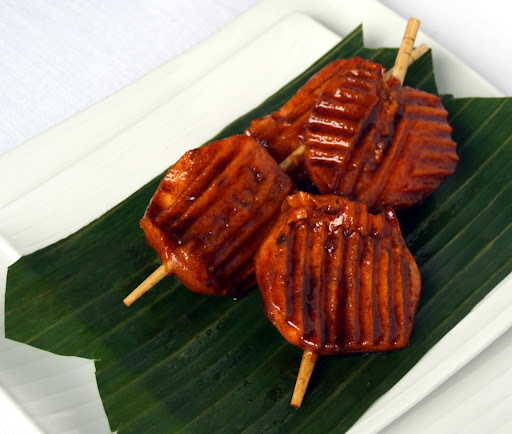 I skipped the deep frying part and baked them instead. And the result was a re-discovery of this underdog treat.  I relished the soft sweet potato under the crisp, caramelized surface. And the cinnamon brought the treat on a stick to a higher level. I love how it was simple to prepare, yet it was a culminating treat on a lazy afternoon.

Peel and slice the sweet potato; set aside. Mix the brown sugar and cinnamon together in a bowl.  Roll the camote pieces in the bowl and bake at 375 degrees for 30 minutes or until the sweet potatoes become soft and the sugar has caramelized on the outside. 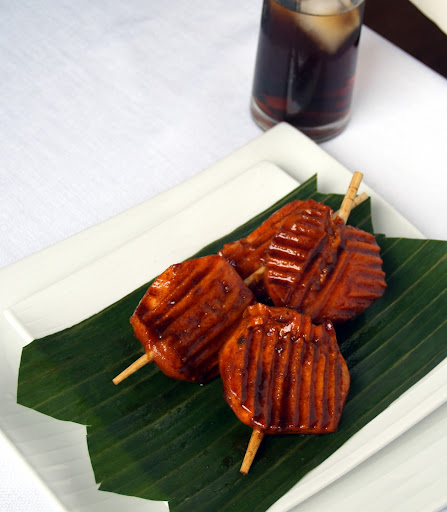